Looks like I might be starting a trend referencing old 90’s movies on the Talkin’ Trash blog. This time, with Halloween fast approaching, we are taking a spookier turn as we look at the recent stairwell lighting project at TRI University Centre. 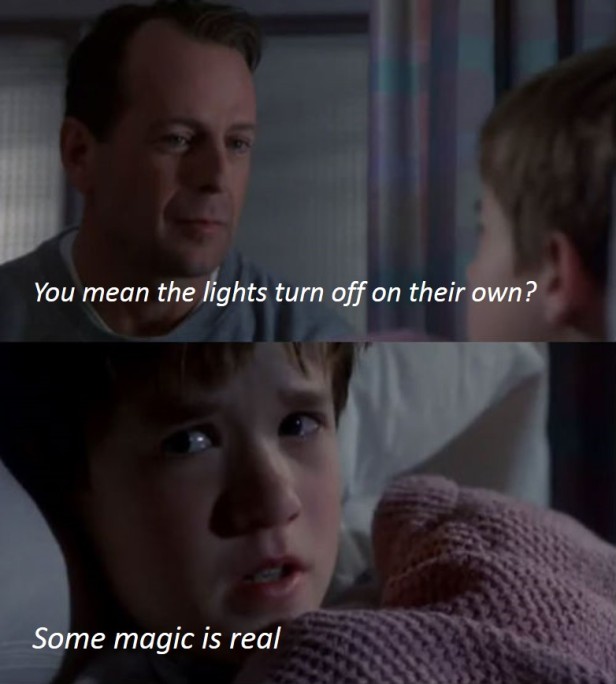 If you want to hear something really scary, let’s talk about the old light fixtures that we replaced as part of the project. The old fixtures used extremely energy intensive T5 High Output lamps, meaning each fixture consumed a whopping 121 Watts! Yikes! Combined with the horrifying fact that they ran 24 hours a day, 7 days a week, in mostly empty stairwells, we had a real energy nightmare on Elm Street on our hands. Take a look at the grimy, old, yellowing, energy wasting fixtures that used to be in the stairwells (there were 75 of them in total):

The brand new LED fixtures we installed are only 40 Watts or one third of the power of the old fixtures. But that’s not even the best part – these fixtures each have a built in occupancy sensor and we programmed them to automatically dim the light level to 50% when the space is unoccupied, further cutting the power consumption in half for most hours of operation. We can’t turn the lights fully off due to fire codes and the fact that people might find it scary walking into a dark abyss before the light senses them.

I went to UC earlier today to take some photos of the lights in action. I had to go all the way up to the fourth floor (the horror!) before finding fixtures that were off – congrats to all the stair users! The photo below shows one light on fully and one light still dimmed before “seeing” me.

Now on to something that will definitely be less frightening than any Halloween costume you’ll see next week – the energy savings!

Thanks to Gord Wood and the facilities team for putting up with all the testing of various fixtures to end up with the right one. This project showcases a great technology that should be implemented in stairwells everywhere. Thanks for reading!

5 thoughts on “The Sixth Sensor – I See Live People!”