UHN has received another award as a leading green hospital – this time on a global scale.

On Wednesday, at the International Hospital Federation (IHF) Awards in Spain – recognized as the premier awards program for the healthcare industry – UHN was announced as the Gold Winner of the Ashikaga-Nikken Excellence Award for Green Hospitals.

According to IHF – an international not for profit membership organization that includes members from hospi​​tals around the world – UHN was one of more than 250 entries from 38 countries vying for one of the six award categories this year. 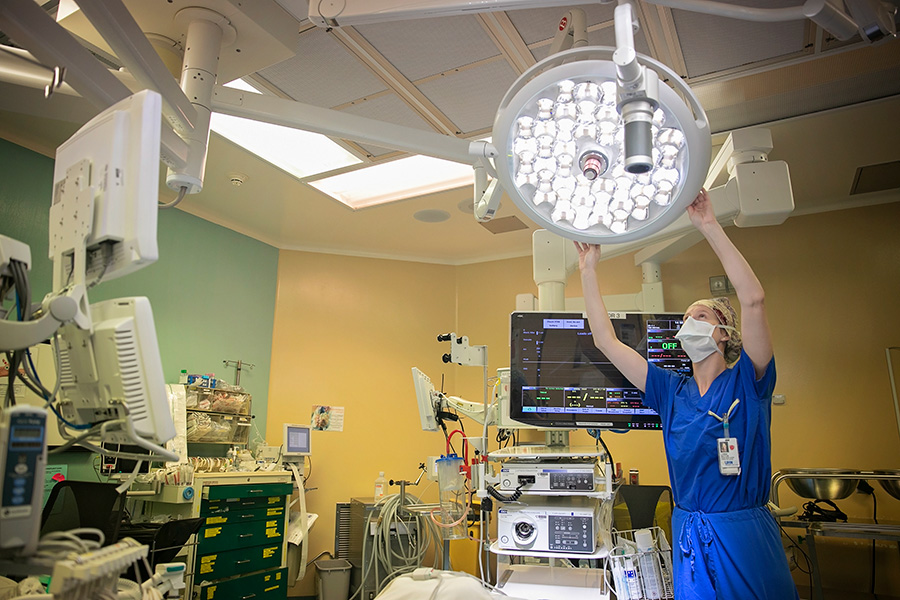 Lorna Button, UHN operating room nurse and member of the OR Green Team, adjusts a surgical light, which is equipped with LED lights to save energy. (Photo: UHN)

The award is a well-deserved honour for UHN, which has been championing sustainability for decades, said Ron Swail, UHN’s Vice President of Facilities Management – Planning, Redevelopment & Operations (FM-PRO).

“We have a strong culture of sustainability that supports our overall purpose of transforming lives and communities through excellence in care, discovery and learning,” Ron said, adding that UHN was also named one of Canada’s Greenest Employers this year.

“We have achieved this culture and a very strong track record thanks to the tremendous efforts of our Energy & Environment team, which has been steering environmental stewardship across our campuses since 1999, bringing a green lens to the hospital’s vision of A Healthier World.” 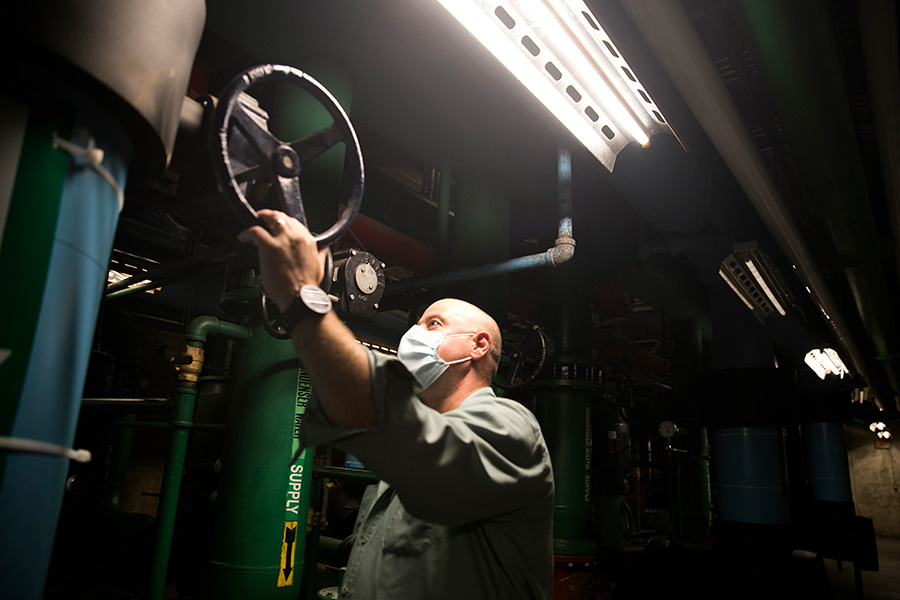 In the past decade alone, FM-PRO’s Energy & Environment team has completed more than 300 energy projects, ranging from the installation of 15,000 LED lights to connecting downtown locations to Enwave’s Deep Lake Water Cooling System, which uses cold water from the depths of Lake Ontario to cool buildings. Projects such as these, and many more, have reduced greenhouse gas emissions by 25 per cent and saved more than $30 million in utility costs.

Ed Rubinstein, Director of Energy & Environment, shares the IHF Award with all staff across UHN, including more than 700 Green Team members – employees who volunteer their time to make their departments more sustainable.

“During this extraordinary time for health and healthcare, I am in awe of my colleagues who not only continue to provide the best patient care, research and education possible, but also support the work of our Energy & Environment team to reduce UHN’s environmental impact,” said Ed. “On behalf of the Energy & Environment team: to everyone who has supported us – thank you.”

For the full article, Read more on UHN.ca